Space is a $469 billion economy that now impacts every part of life on Earth. From infrastructure to communications, biometrics to agriculture, there is no sector that does not benefit from space innovation.

Space-related technologies are part of everyday life and commerce in ways you may not realize. Here are 10 industries you didn’t know are space related.

Satellites and Earth Observation Technologies (EOTs) provide farmers with the ability to monitor rainfall, snow coverage, and soil conditions. Thanks to advanced rainfall-tracking technologies, farmers are better able to plan irrigation, planting, and harvest to yield the most efficient crop. GPS-based technologies allow producers to use precision agriculture to only apply the necessary amounts of seeds, fertilizers, and herbicides.

As Earth’s population grows, developing new agricultural systems to keep up with food production is essential. Lessons learned in space are also helping us develop new ways to grow food on Earth.

The International Space Station’s use of hydroponics has taught us a great deal about utilizing aqueous environments to grow produce. While the use of hydroponics in the ISS yielded small-scale crops, the same principles have been applied in vertical farming systems. 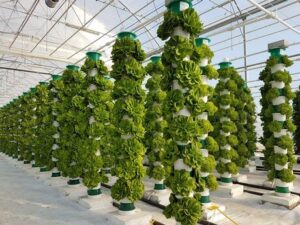 Vertical farming allows for crop production in urban areas where traditional farming practices cannot work. With this, indoor agricultural practices have boomed, allowing for fewer climate-required conditions that are needed in a traditional farming environment. Growing food closer to the consumer also cuts down emissions and transportation costs.

Thanks to in-depth satellite imaging, not only can we track weather patterns like rain or snow, but we can analyze information that tells us a better story about climate change.

One example of the critical information space provides for environmental assessment is tracking the movement of greenhouse gasses. When scientists can track where carbon emissions move and how long they stay in certain areas within a window of time, they are able to gauge a better estimate of the future of the Earth’s climate.

There is an incredibly strong relationship between space and cybersecurity. Anyone entering the cybersecurity industry will likely learn about how satellites can transfer sensitive data, and how space as a whole opens a door for many questions about cyber defense.

While space provides many benefits for discovery, there is also risk associated with cyber defense. If a satellite or any other object in Earth’s lower orbit is hacked, there can be detrimental effects, like a collision. As many new countries, some of which are our adversaries, enter space via satellite, there is potential for space to become a domain for warfare.

Biotechnology is essential for advancement in space. As space exploration advances, there is a growing need for technology to supplement life in outer space. For example, the Mars space mission has brought up the conversation about creating living conditions on the planet. 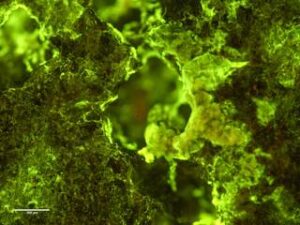 Biotechnology, which allows for the manipulation of living organisms to improve a better quality of life, is a key factor in advancing toward this goal. One example of the use of living organisms in space was the discovery of microbes’ ability to biomine in space, and in some circumstances can mine better under the gravitational effects of space versus on Earth.

Robots are nothing new to the space industry. The Mars rovers are a perfect example of robotic technology that has yielded immense educational results. Because of the Mars rovers – Sojourner, Opportunity, Spirit, Curiosity, and Perseverance, we have been able to study rocks, capture detailed pictures and videos, and even find signs of life on the Red Planet.

For many different reasons, robots have been a powerful addition to space exploration. They can last longer in space’s conditions, and don’t require food, sleep, exercise and all the other elements of care and structure that humans require.

As commercial space opportunities boom, the conversation about private and citizen flights has also been on the table. Unlike ever before, people may be able to travel to space without any background in aeronautics. With this possibility on the horizon, there is potential for commercial hospitality opportunities.

Although a hotel in space might seem something of the future, it isn’t as impossible as it seems. For example, the Orbital Assembly group already announced its plans to launch the first hotel in space. This sector provides an opportunity to experience the same luxurious views of a hotel, with a completely different view out of the window.

Perhaps the biggest glimmer of hope given to this possibility is the fact that the ISS is able to house astronauts for up to months at a time, giving inspiration that people can stay in space for longer periods of time. However, astronauts aboard the ISS go through rigorous training, so the technology on board any hotel in space would need to be top-of-the-line for just anyone to stay in space. 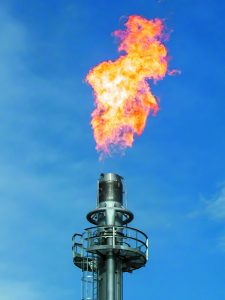 One example of this is a compound produced as a protective coating for shuttles that would go at incredibly high speeds. To protect the underlying area of the planes, the Protective Coating For Ceramic Materials (PCCM) was created.

When this substance worked well to protect the planes from heat, researchers knew there would likely be great uses for the product on Earth. Now, PCCM is used in various different applications such as race cars and in iron and steel plants.

The financial technology industry helps automate financial services, transactions and distribution through digital means. In terms of space, satellites are revolutionizing how we can swiftly and securely send and receive money around the world.

The European Space Agency (ESA) reported that the application of satellite technology can verify the accountability of companies, as there previously wasn’t an accurate way to manage data regarding companies that are irresponsible behavior of emissions, deforestation, overfishing, loss of biodiversity and more. This is an example of how space technologies can affect the financial sector’s mission to work toward a more sustainable future. 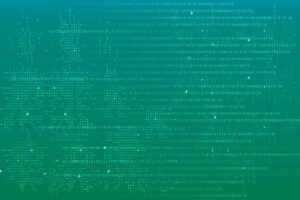 The integration of computer systems has changed drastically since the invention of the first computing system in 1945. We regularly receive data from space through satellite systems. In fact, according to Northern Sky Research, by 2029 we can expect 5.2 billion gigabytes to be delivered via satellite. The incorporation of cloud computing already has an effect on satellite systems.

We can credit much of the data we have today to satellite systems. What once was designed for basic voice communications, satellites now communicate vital data instantly.

Artificial intelligence can help process data, prevent collisions in Earth’s lower orbit, and give us information that benefits things on Earth, like GPS systems. 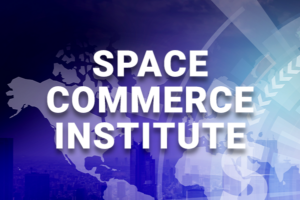 Space Foundation’s Space Commerce Institute Is dedicated to opening and expanding opportunities for young professionals, entrepreneurs, and high-growth companies. Whether you are pursuing a space career, commercializing space technology, or scaling your business into the space industry, Space Commerce Institute can help you find your place in space.