Center for Innovation and Education exists to promote opportunities in space for all. We salute the many trailblazing women in STEAM—past and present—who have worked to make STEAM careers more accessible and inclusive.

Of course, there are too many incredible women in STEAM to include in one list which is why we’ve chosen to highlight women who have been awarded the General James E. Hill Lifetime Space Achievement Award, which is the highest honor bestowed by our parent organization, Space Foundation. 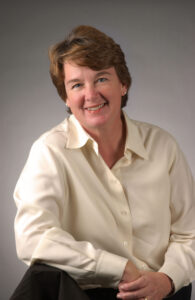 Joanne Maguire’s leadership has made an enormous impact not only in our world but in the universe beyond!

As the Executive Vice President of Lockheed Martin Space Systems from 2006 to 2013, Maguire guided enhancements to weather satellites that have saved countless lives, pioneered new missions to Mars and around Jupiter, and led projects on human spaceflight systems, navigation, communications, missile defense systems, space observatories, and interplanetary spacecraft. She led multiple space exploration efforts including the development and launch of the Jupiter-bound JUNO vehicle, the missions of Gravity Recovery and Interior Laboratory (GRAIL), and the Phoenix Lander Mars exploration vehicle.

Maguire is a strong advocate for inclusion in the space ecosystem. She is the first woman to become a corporate officer at Lockheed Martin, and during her tenure helped to increase the number of women in leadership and executive roles. She served as an executive sponsor for Lockheed Martin’s Women’s Leadership Forum and as a key leader of their LGBTQ Leadership Forum.

In 2010, Maguire became the first woman to win the International von Kármán Wings Award from the California Institute of Technology. She is the 2022 recipient of the General James E. Hill Lifetime Space Achievement Award from Space Foundation, among many other prestigious honors.

Today, Maguire still serves as a role model and mentor for younger women in STEAM. She is a board member for Draper Laboratory and serves on the Dean’s Executive Board at UCLA’s Samueli School of Engineering. 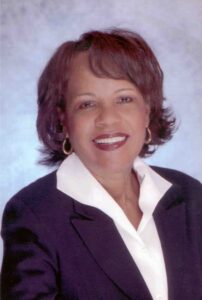 What do the SpaceX, Virgin Galactic and Blue Origin launches have in common?

All were made possible through the pioneering efforts of an extraordinary woman in STEAM—Patti Grace Smith.

As a high school student in the Jim Crow South, Smith and her sister Wilma were two of a dozen plaintiffs in Lee vs. Macon County Board of Education, a lawsuit that aimed to force the racial integration of Tuskegee High School. Despite much opposition and even retaliation against Smith and the other students, the lawsuit expanded to include all Alabama public schools and eventually prevailed, upheld by the U.S. Supreme Court.

That would have been a landmark accomplishment for any one lifetime…but it was only the beginning for Patti Grace Smith.

Following her retirement, Smith was appointed by President Barack Obama and NASA Administrator Charlie Bolden to serve as chair of the Commercial Space Committee of the NASA Advisory Council (NAC). 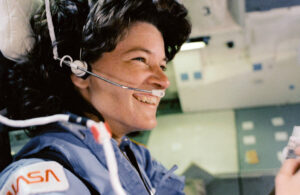 Most people know Sally Ride for her accomplishments as an astronaut. As the first American woman in space, she captured the attention of the world and shattered barriers. But this was only part of her extraordinary life. She was also an athlete, physicist, writer and an inspirational educator whose legacy continues to open doors for others.

Ride was completing her Ph.D. in physics at Stanford when she read that NASA was seeking new astronauts—and for the first time, women could apply. She was one of only six women and 35 total astronaut candidates selected from more than 8,000 applicants. After more than a year of grueling training and assignments, Ride became the first American woman in space when she blasted off aboard the space shuttle Challenger on June 18, 1983. She flew on Challenger again in 1984.

Ride passed away in 2012, and upon her death became the first astronaut to be publicly recognized as LGBTQ. A year later, President Barack Obama awarded her the Presidential Medal of Freedom, the nation’s highest civilian honor. Also in 2013, Space Foundation honored her life and achievements with the General James E. Hill Lifetime Space Achievement Award.

In March 2022, the U.S. Mint released the new Dr. Sally Ride Quarter as part of the American Women Quarters Program. Ride will be the first known LGBTQ person to appear on U.S. currency.

STEAM Resources from Center for Innovation and Education

There is a place for everyone in the growing space industry, and there has never been a better time to take part.